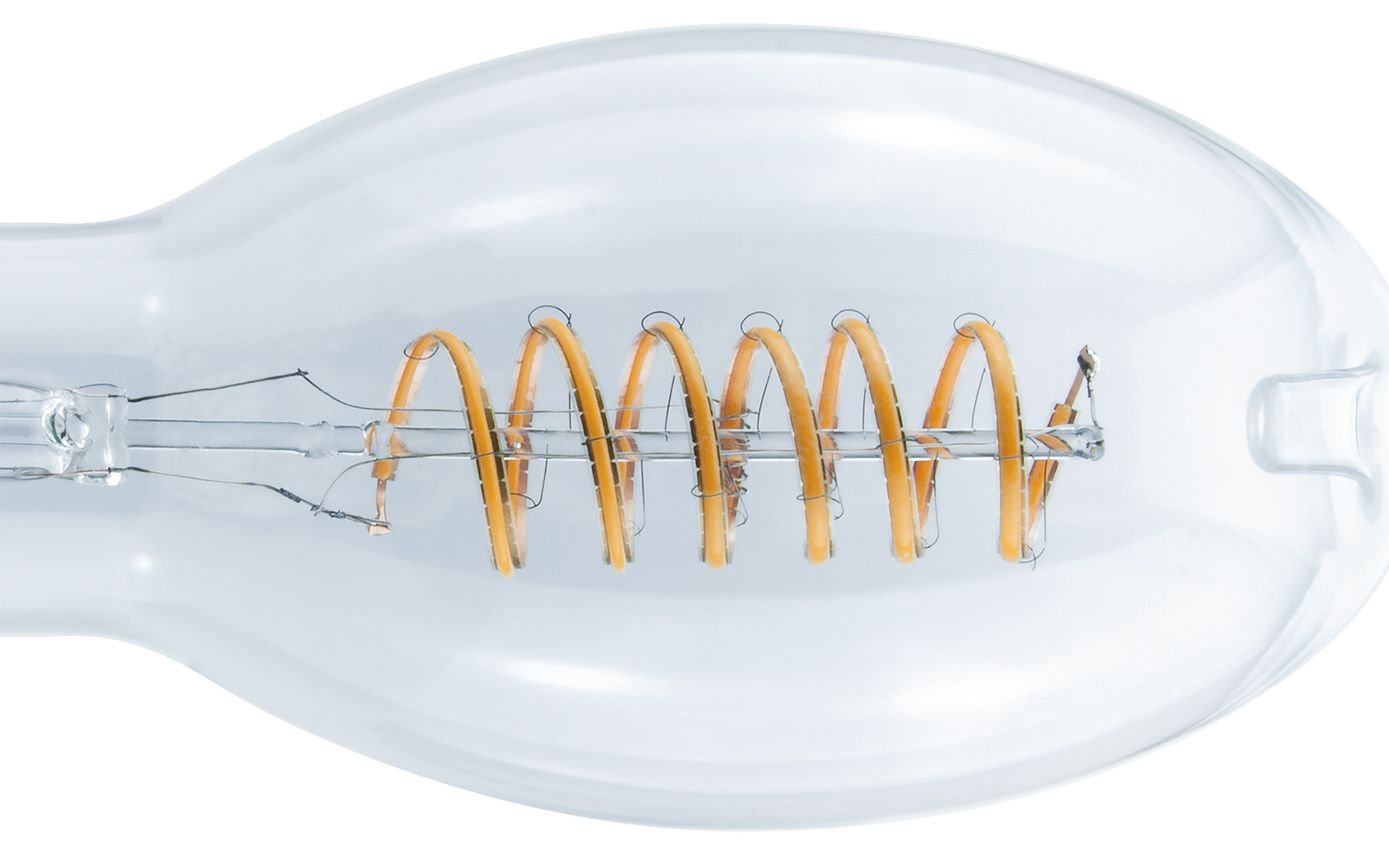 AND HOW DOES an LED illuminant ACTUALLY WORK?

Light emitting diodes consist of 2 layers of semiconductor material with different charges. Semiconductor crystals are neutral, the different charges are generated by the addition of charged atoms such as silicon or boron. The
n-layer has an excess of electrons and is thus negatively charged; the p-layer is positively charged and has so-called electron holes. If both layers are brought together, the charges in a boundary layer balance each other out, NOTHING happens.
If we now apply a voltage, even a very small one is enough, the electrons from the n-layer begin to “jump” into the electron holes of the p-layer. There, the electrons connect with the positively charged atoms and discharge their excess energy in light flashes. This is what we perceive as visible light.
The more voltage we apply, the stronger the effect and the more light is emitted.
This is called the “principle of electroluminescence of a semiconductor”.

The wavelength of the light emitted varies depending on the material of the semiconductor and the substances added. Typically, however, the wavelength range is very limited – the emitted light is monochrome, so it has only one color. Red, or blue, or green. There is NO white light, but we need it for artificial lighting. We can create this by coating the diodes with a fluorescent layer. The composition of this layer (usually phosphorus) produces different light colors.

Electroluminescence generates not only light but also heat. Not as much as with a tungsten filament, but enough to damage the sensitive semiconductors. To protect them, they are applied to or enclosed by a heat sink. This guarantees a long service life and, above all, largely constant luminosity with low heat generation.

Basically there are 2 types of LED. “High Power” and “Low Power”. High Power LEDs are those diodes which are operated with more than 10mA. They enable high luminosity in a small space, but are also heat-sensitive and have a shorter service life. 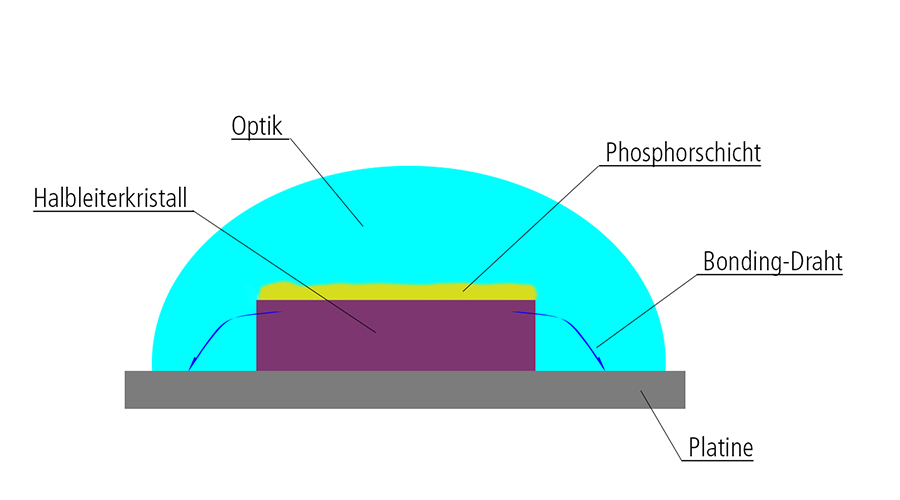 The COB technology made the development of modern filaments possible. This is not only groundbreaking in terms of technology, but also in terms of design. The patented Soft Filament PLUS provides excellent characteristics and optics! In the SEGULA Soft Line we only use this new filament!